Statement from the World President of the WLCU, Mr. Stephen Stanton

(An Arabic version of the statement below is available here) 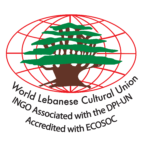 Expatriate funds are sacred, and reform is a matter of simultaneously fighting corruption and restoring the free Lebanese will.

The World Lebanese Cultural Union (WLCU), as it continues to closely monitor the economic hardship that is taking place in Lebanon, a crisis that has impoverished the Lebanese people, made more than half of the population below the poverty line and caused a financial crisis that has bankrupted the state as a result of widespread corruption and looting of the Lebanese funds by collaboration between most of the political class and the corrupt bureaucracy that has deliberately cultivated in public administrations, and at a time when the corona epidemic crisis has deteriorated the already painful condition, and based on what the government has announced as a new “Financial Plan”, and after careful consideration of what is stated, the Union is  declaring the following:

1) The Union commends the government’s deliberate action on the issue of Covid-19, as well as the awareness of the Lebanese, which has led to controlling the epidemic. We appeal to the Ministry of Health and we call upon the Lebanese to continue to act consciously and wisely, because this epidemic, if it expands, cannot meet Lebanon’s capabilities dealing with thousands of difficult cases at once, if it occurs.

2) The Union also commends the role of the Ministry of Foreign Affairs and expatriates in arranging trips to return some students stranded abroad, but on the other hand, we express our deep regret for neglecting our students abroad in needs, refraining from facilitating the transfer of money from their parents, as we deplore the expensive airline ticket prices that exceeded twice the normal price. While we salute some embassies and consulates that have efficiently and conscientiously prepared return flights, we denounce the actions of others, which have made political favoritism and were selective on who to include on the return lists. As we thank those who have contributed abroad to cover the return expenses of some students, we remind the concerned parties that the so-called “return of expatriates” is not a voluntary return, but a forced return of those who threw them into destitution, and withheld and stole their life earned money.

3) The Union continues to work together between expatriates on one hand, and Lebanese and international non-governmental institutions on the other, to provide some in kind materials for the needy, and calls on expatriates to follow up on our declared programs and contact our branches around the world to ensure that these donations reach their beneficiaries transparently.

4) We have read, with consideration, the economic and financial plan approved and announced by the Lebanese Government, and we are interested in stating the following remarks:

1) The plan contains a lot of positive headlines, but unfortunately it has not lived up to the level of ways of implementation. We do not need the problems to be presented in a theoretical manner, nor to declare wishes and intentions, but to present a clear and transparent operational plan to be immediately implemented, which unfortunately did not happen.

2) We are concerned that this plan might transform the Lebanese regime into a controlled regime. We, as expatriates, stress our adherence to the free liberal system, the issue was not the regime, but the corrupt politicians, and their elimination would restore the economic and monetary immunity to Lebanon, which was an example in the whole world.

3) We regret that the economic and banking bodies were not consulted as this plan was adopted, but, despite all this, we hope that the plan will not be a final decision before the objections and remarks are heard, and to amend what needs to be amended.

4) We have been astonished by the low-level debate between the Government, the Central Bank of Lebanon and the banks, in form and substance. Attempts to exchange the fireball will not exempt anyone from the responsibility. We therefore declare to the Government, the Parliament and the bank: you are all the trustees when it comes to the expatriates money, and touching it is violating someone’s life earned money, and a direct threat to the confidence of expatriates in the Lebanese economy, which, if lost, nothing will be of any benefit, neither IMF funds nor Cedars conferences, because these funds, if they are given, they shall only be debts to Lebanon and to the future Lebanese generations.

5) As an organization affiliated with the United Nations Non-Governmental Organizations, the Union will continue, based on its report on corruption in Lebanon, which had been submitted to the World Body, and in collaboration with Lebanese human rights and civil societies, to seek compelling the Lebanese Government, based on the International Convention signed by Lebanon on anti-corruption, to file an international legal case to bring the corrupt individuals to justice and to recover the looted Lebanese funds, whether in Lebanon or abroad.

6) The World Lebanese Cultural Union affirms its position that reforms in Lebanon cannot reach their desired level as long as its borders are open, its crossings by land, sea and air are breached, its sovereignty is violated and its decision is confiscated. Regional games have burnt the homeland economically and humanly, and the popular revolution that we have supported since the 17th of October, and which must return with the glow of hunger, will only succeed if its demands for justice are crowned by demands of restoring the independent and sovereign authority.