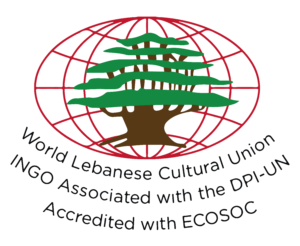 “Between disappointment and levity, Lebanon towards collapse”

The World Lebanese Cultural Union, with a heartfelt pain, is watching the Lebanese people standing in line for bread and seeing the food racks emptied as a result of the terrible collapse of the Lebanese currency on the one hand, and the stolen funds of residents and expatriates on the other, has been astonished by the scene of the political levity last week, which has spread a feeling of disappointment towards the authorities and politicians pushing lebanon’s rapid collapse into the cliff.

As expatriates, and out of love and concern for Lebanon, we firmly stand in the face of the dangers surrounding the homeland, reaffirming the fundamental principles of the Union in defending Lebanon, and we strongly affirm the word of truth, no matter how hurtful it may be.

Therefore, and as we have reviewed the situation, we declare our position towards it as follows:

– In our previous statement, we invited the Presidency of the Republic to hold a national conference in which the fundamental issues were to be raised in order to come up with comprehensive national resolutions that might save the nation. We were optimistic to see a call for a national meeting in Baabda and we welcomed the invitation made by His Excellency the President. However, we are endorsing the position of His Excellency Patriarch Al-Rahi and his remarks about this meeting. The meeting was not inclusive and it was devoid of an explicit agenda and its final statement seemed to have been prepared in advance and it was exclusively representing the opinion of the governing authorities, oblivious to the fundamental issues that are at the core of the financial and economic collapse, meaning the issues of freedom and national decisions of war and peace. The meeting has ended with disappointment and has exacerbated the economic crisis into more deterioration.

– It seems that the government continues to converge into a police authority, arresting activists and fabricating files, which reminds us of the era of the Syrian hegemony, going back to torturing at a time when we thought this was over. This is not appropriate to the free and civilized people of Lebanon, and what is happening is a disgrace that we will expose and resist, and the talk about foreign “conspiracies” does not justify the torture of innocent people, and it is more useful to address the basis of the problem by reform and fighting corruption instead of attacking the youth of the revolution, and the fact that the government is incompetent in arresting certain group of rioters loyal to the authorities, sheds a lot of doubts around arbitrary arrests.

– We are not, of course, in a position to defend the United States ambassador to Lebanon, but in the scope of defending Lebanon, its reputation, prestige and its role, we say that only the Vienna Agreement governs the relationship between Lebanon and the ambassadors of states, under the supervision of the Ministry of Foreign Affairs and Expatriates. We are keen, as expatriates, not to relinquish the control of the Lebanese foreign policy to others, because it will destroy the last glimmer of hope for Lebanon’s restoration of its international and Arab friendships, in the height of the financial crisis, which will only be resolved by regaining lebanon’s friendships, and taking into account the respect of the large Lebanese community working in the United States, strengthening the Lebanese-American relations and pursuing the US assistance to Lebanon, its army, its freedom and sovereignty.

– We reiterate, loud and clear, that we will never accept any changes to the free liberal economic system of Lebanon, and we will not accept the systematic and continuous grip onto the financial activities by a group steeped in the regional issues, attempting to import some models of totalitarian regimes. Lebanon will never be Venezuela of the middle east, it will rather return as it was, an oasis of freedom and love, thanks to the steadfastness of its people and expatriates facing the forces of darkness.

– Finally, we affirm that we will never be intimidated by some surrogates attacking the World Lebanese Cultural Union, it will only confirm that we are telling the truth, we got familiar with such behavior since the Syrian hegemony and we do expect it from the new hegemonies. And as a reminder, we are a non-governmental organization, we are neither concerned nor deterred by intimidation. Politics remains behind the doors of the Union, but Lebanon and its issues are in its heart and soul, and we will remain the loud voice and the line of defense for Lebanon across all international forums, and as we have witnessed the era of the hegemony vanishing away in 2005, let everyone remember that, if injustice has a day, a free and independent Lebanon has thousands of days.