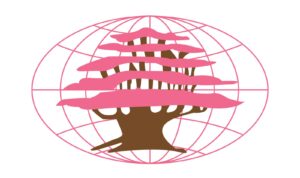 What started as a one-time project has evolved into one of the most widely supported initiatives of the WLCU Youth. Indeed, we are referring to the WLCUY SHEis Women’s commission.

Beginning in 2014, the WLCU Youth developed its first initiative focused on gender equality in which, through the active participation of WLCUY members on social media, it called for the rights of Lebanese emigrant women.

Fast forward to March 2019, when a month-long awareness campaign was organized by the WLCUY focusing once again on gender equality initiatives through the commemoration of International Women’s Day (March 8th) and Mother’s Day (March 21st) in Lebanon.
Put together by a team of six passionate, young women, the campaign sought to inform and educate the WLCUY on relevant issues linked to the Lebanese woman. Under the slogan “SHEis”, the team shared facts and statistics related to Lebanese women and their often-difficult reality, and shinned light on talented and skilled Lebanese women and their accomplishments both in Lebanon and the Diaspora. The campaign also served as a platform to voice the WLCUY’s opinion on particular topics of importance and address issues such as women’s nationality rights with the support of WLCUY members from over 12 countries.

The success and recognition of the 2019 campaign by the WLCU community as well as figures such as author and women’s rights activist, Ms. Joumana Haddad, was clear indication that the SHEis project held a level of importance resulting in a second edition in March 2020.
This time around, the renewed team of SHEis women constructed a historical timeline of key milestones for women in Lebanon – largely based on the outstanding historical compilement by HIVOS through their “History of the Women’s Movement in Lebanon“ timeline – covering the start of advocacy towards general solidarity amongst women in 1906 till the outstanding role of women in the on-going protests that have shaken Lebanon since October of 2019. Maintaining the same structure as the previous year, the March 2020 campaign also looked to shed light on Lebanese women role-models, only this time, directly from within the WLCUY community! 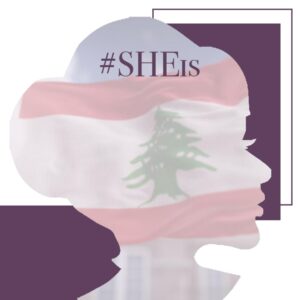 But Lebanese women are to be recognized, celebrated and acknowledged every day, not just during the month of March, leading to a grander initiative holding the same goal: the establishment of the WLCUY SHEis Women’s Commission.

Now as an established working commission for the WLCU World Council for Youth, the SHEis Commission functions all year round and aligns all its activity with the UN’s Sustainable Development Goals (SDGs).  In recent weeks, the SHEis team has already touched on important topics like the impossibility of Lebanese women to pass on their nationality to their children and differential impacts of the economic crisis on women in Lebanon. With interesting initiatives coming up -including awareness campaigns and collaborations with higher education institutions and NGOs- SHEis will continuously raise awareness against bias, celebrate the social, economic, cultural and political achievements of women, and take action towards accelerating gender parity by promoting women empowerment in Lebanon, the Lebanese diaspora communities and, of course, the WLCU.

And don’t miss the chance to stay in the loop and join the work of the SHEis Team through by clicking here! 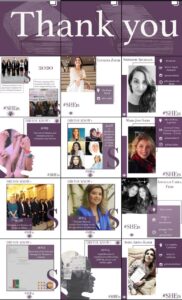 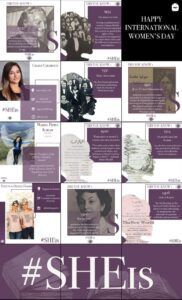 SHEis 2020 – What Characterizes a Lebanese woman?